How to set up RCON on my Rust server

RCON is a remote administration protocol that can be used to send commands etc. to the Rust server when you are not online. By default, the RCON port for Rust is set to 28016. This will not work. You must change the RCON port to one of the secondary port allocations on your server. Each Rust-server is allocated 3 ports, with the primary being used as the game-port. The two other port allocations is by default not used, but you can configure your Rust server to use theese for RCON and the Rust app.

Go to the game control panel here and find your Rust server.

In the "Network"-tab, there are a list of your port allocations. You need to use the second or third in the list. Take note of the port number. (marked with 2 here)

Step 3: Update the port in the server config

Open the tab "Startup" in the GCP. Find the variable "RCON PORT" and change this to the port number in the previous step. You also need to change the RCON PASSWORD, this is very important. 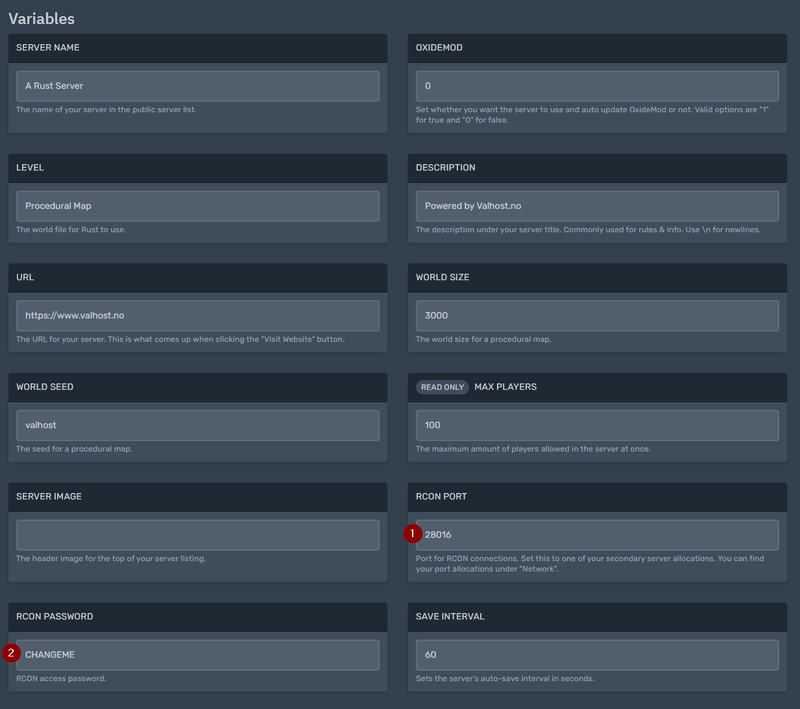 Other articles about Rust